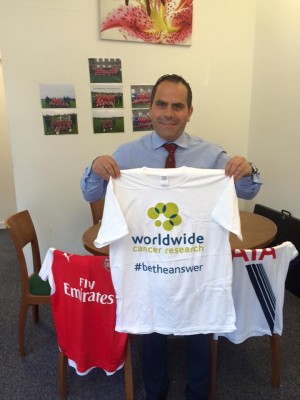 Would you like one of those signed shirts and at the same time support this charities.To make a bid, simply send as an email to admin@starplusservices.com with your full name and address, with your maximum bid and please state which shirt you are bidding for.

The silent auction is open now and will end at midnight on Friday 20th May. The winners will be notified in writing the following day.

All the money raised will go to Worldwide Cancer Research and Dreamflight as part of our StarPlus Services Charity Tournament 2016.

Starplus have been our cleaning company for over 11 years. Their service is impeccable and I would highly recommend them to any other business with high standards like ours.

Starplus Cleaning Services Ltd has provided us with a good reliable and friendly service for sometime. Originally this company was recommended to me by a client. I was very impressed with the high level of service they provide. They always provide an amazing job. Well done

Our company has been using STARPLUS for over 9 years now, they always provide a great service and trustworthy, reliable cleaners.